Pigeons are one bird we see around us all the time. So much so, that we tend to overlook the simple Beautiful Pigeon Photos . The pigeon is not a bird that is often described as pretty mainly because it so commonplace. But the fact remains that it is indeed a thing of beauty. It does not matter whether you are considering the simple gray colored pigeon that is very commonly seen or the one that is pure white in color or the brown one we tend to see.

The fact is the simple gray ones we are used to viewing in the mornings busily pecking away at grains make for a great picture. Picture this – the sunlight falling on a flock that is simply on the ground pecking at grains. The sun falls on the iridescent colors on the neck while the camera manages to capture the ruby red eyes.

A pair of white pigeons on window sill, cooing romantically at each other can be a sight that will make you smile. 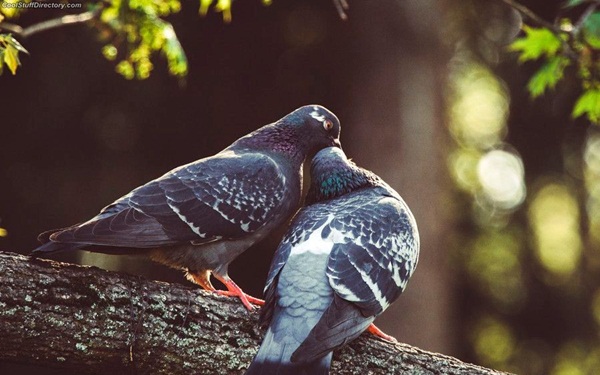 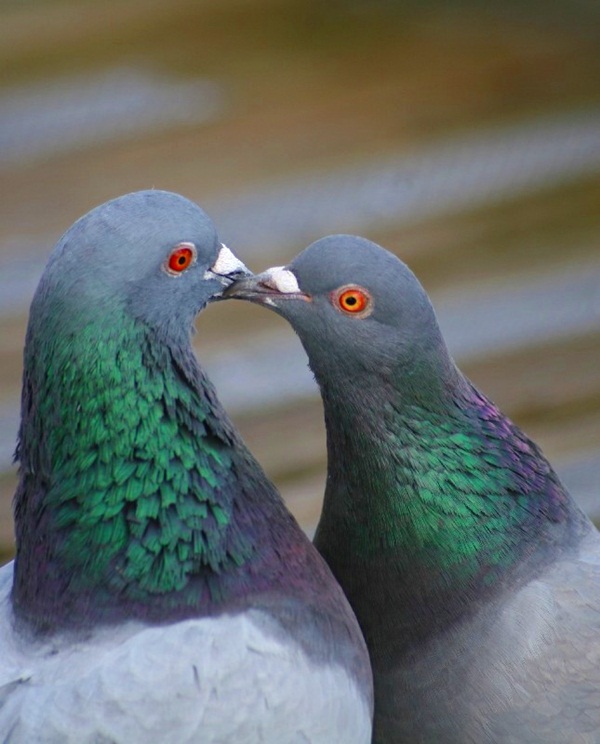 The pigeon, the brown variety with the pinkish neck sitting on the branch of a tree is another sight you do not want to miss. 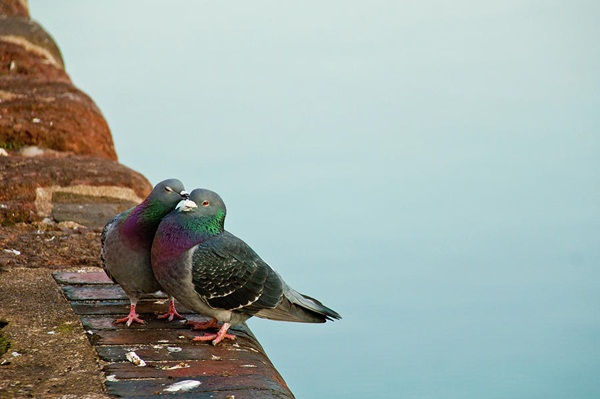 The small yellowish chick of the pigeon as it rests in the flimsy nest is another sight that looks amazing. Especially when you consider that these duck yellow chicks are soon going to turn gray. 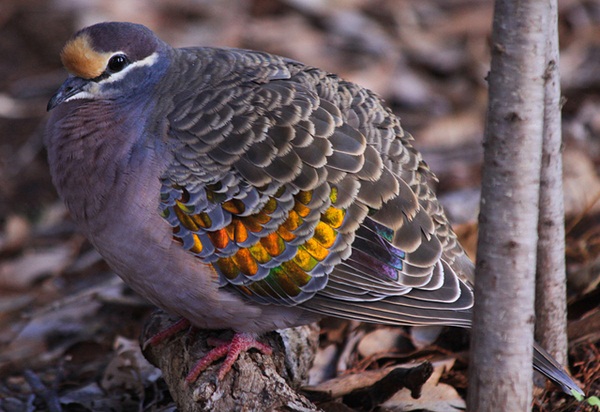 The lazy flight of the plump little pigeon also makes an intriguing visual that should not be missed. 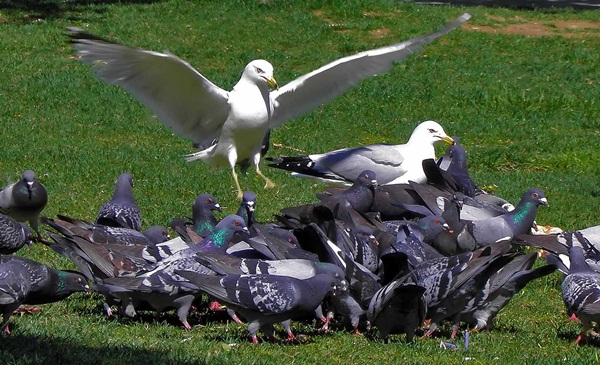 A pair of pigeons pecking out each other in aggression is another interesting image. 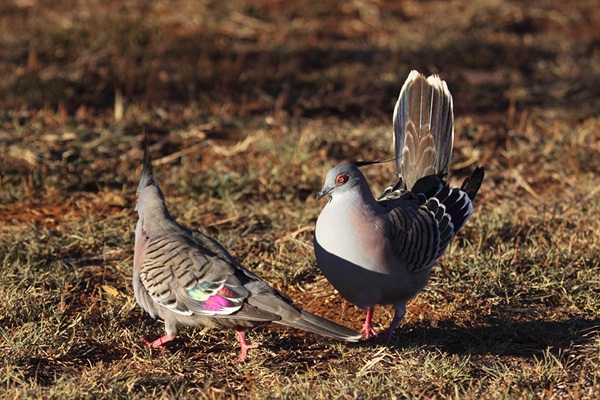 The sight of pigeons lazily loitering on a statue is a visual that we come across many a time.Yet another image of the pigeon is that of it as a messenger bird. They are especially bred to be homing pigeons. 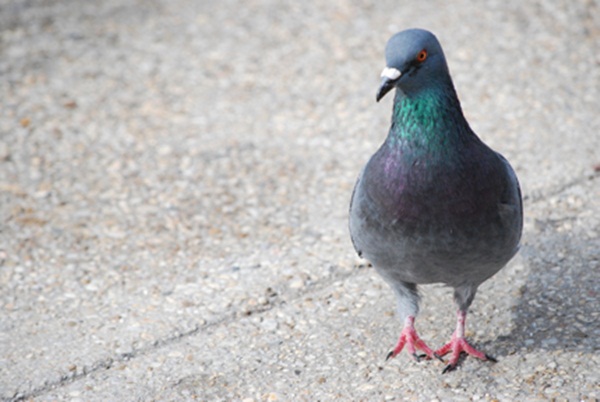 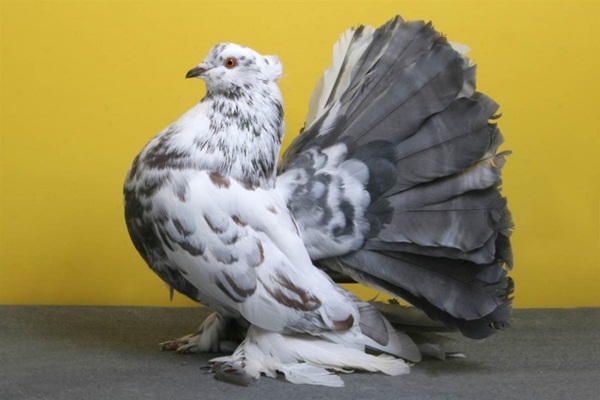 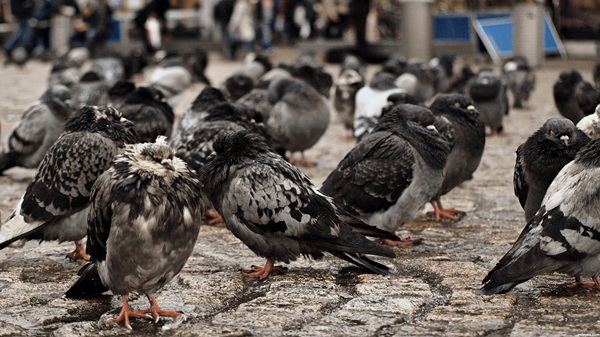 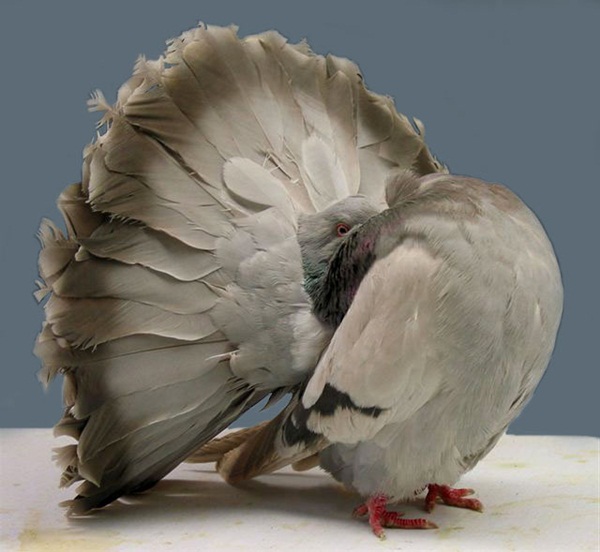