Over the years, artists have been scrutinized due to their so called radical point of view. They have been drivers of cultural shifts and this means they are viewed with both awe and disdain, depending on who is looking at them. No matter what our personal opinion may be we cannot deny that great art has had an impact on society on the whole. Here we list out some of the most controversial bits of art starting from 1486 to the current times.

One nation under socialism – Jon McNaughton: With this piece of art showing President Obama with the US constitution alight in his hands, what else can we expect but strong and passionate responses? Among other accusations and much outrage, people have also expressed the opinion that the title and the picture do not match 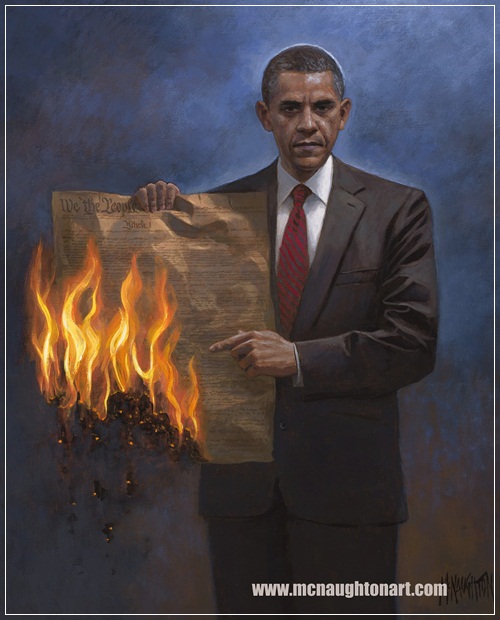 The Gross Clinic – Thomas Eakins: This painting has Dr.Samuel.D.Gross giving a lecture to his students as he takes them through the process of surgery. In 1875 this was considered too explicit for viewers to look upon, since the picture shows doctors with blood on their hands as they operate. 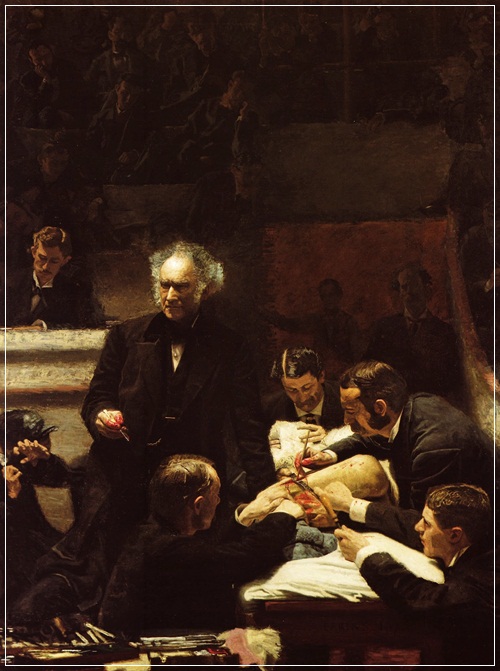 Virgin of the Rocks – Leonardo da Vinci: Actually there are two pieces of art by this name; one at London and another at Louvre. It depicts the immaculate conception of Jesus as Mary was supposed to be a virgin. The paintings have some small differences in them, but what caused the uproar was the lack of halos on Virgin Mary in the earlier version of the painting. 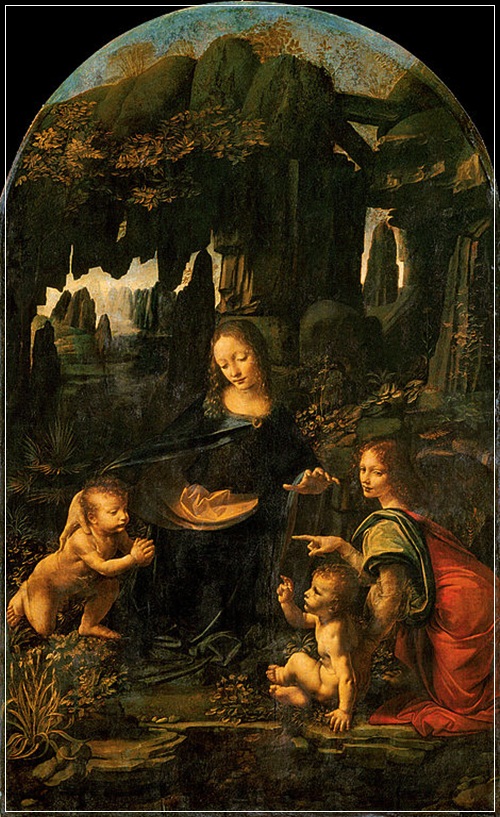 Olympia – Édouard Manet: He was known for paintings that looked great from a distance but looked odd when viewed closely. The painting that caused an uproar was that of a prostitute in the nude staring out boldly over people, while her servant brings in flowers given by a prospective client. The painting was considered lewd in what was perceived as an open display of sexuality. 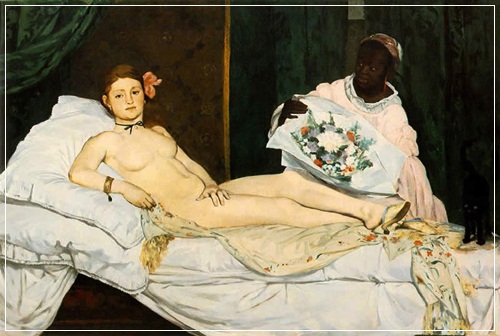 Les Demoiselles d’Avignon – Pablo Picasso: This has not one but five female prostitutes with oddly distorted faces and angular bodies staring boldly at the viewers. Two of the faces have the appearance of tribal masks of Africa. On the whole the painting was criticized for being immoral and for the barbaric appearance of the women. 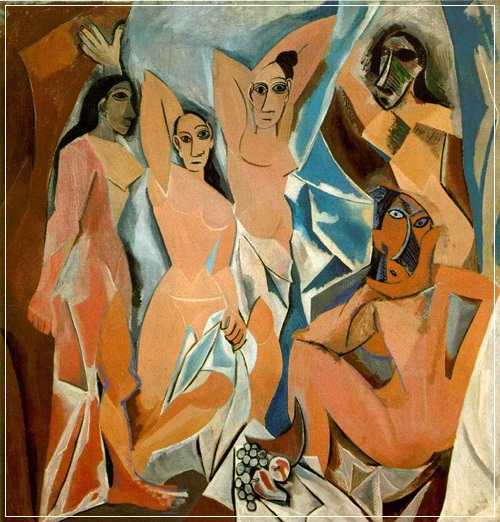 Self-Portrait – Albrecht Durer: Though by normal appearances this self portrait would be considered rather tame it caused a furore due to the resemblance of Durer’s posture to that of Jesus. The way he looks out of the portrait along with the way he puts his hand on his chest gives that impression, which was not considered acceptable. 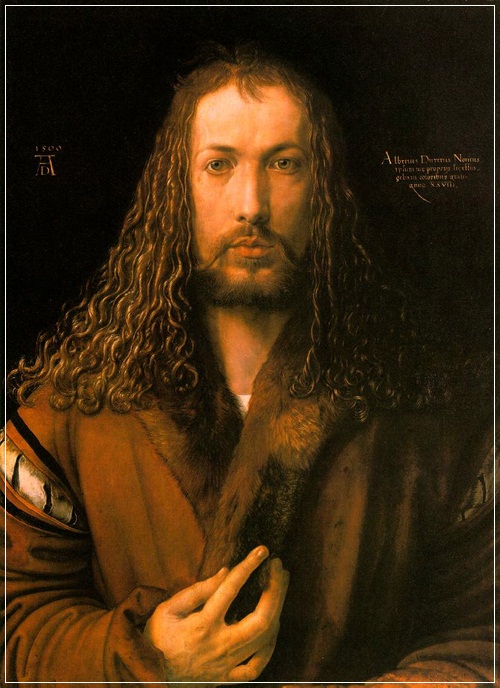 Madame X – John Singer Sargent: She was an American who had wedded a banker from France. Known for her attractive appearance and promiscuity, this painting depicted her in a dark dress that contrasted with her light skin. Since the painting clearly revealed the identity of the model and her immoral escapades, this caused a big scandal. 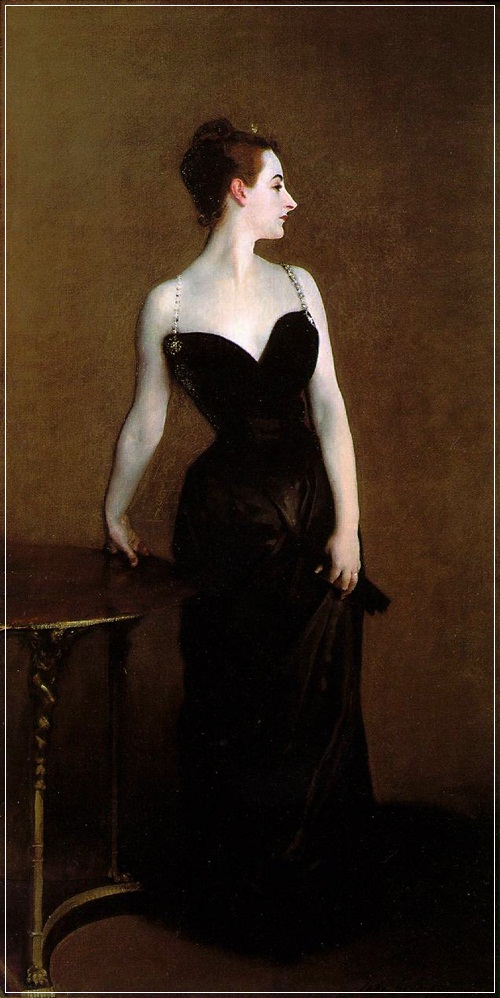 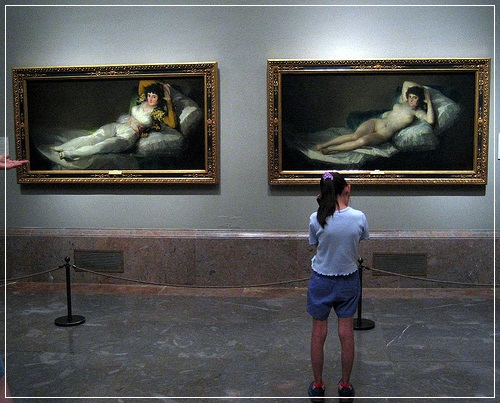 The Guitar Lesson – Balthasar Klossowski de Rola: This painting had created quite a stir by having an older woman hold a young girl in her lap as one would hold a guitar. One hand of the older woman pulled at the girl’s hair while the other was on her private parts. 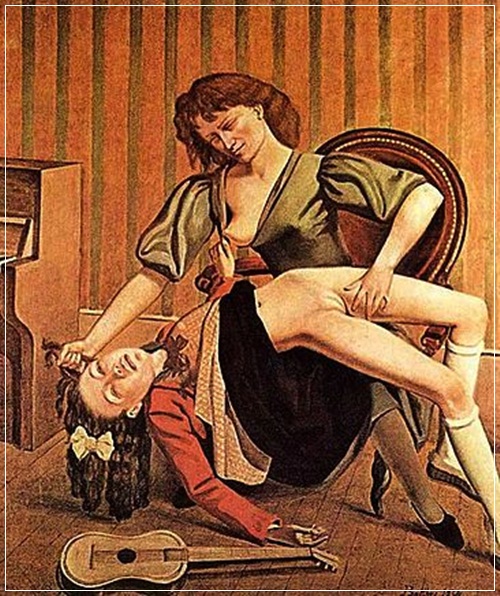 Goddess Lakshmi Naked on Shri Ganesh’s Head – MF Hussain: He caused much outrage among Hindu groups by painting Hindu deities naked. This was considered even more offensive as the artist himself was born and raised a Muslim though he claimed to be indifferent to religion. 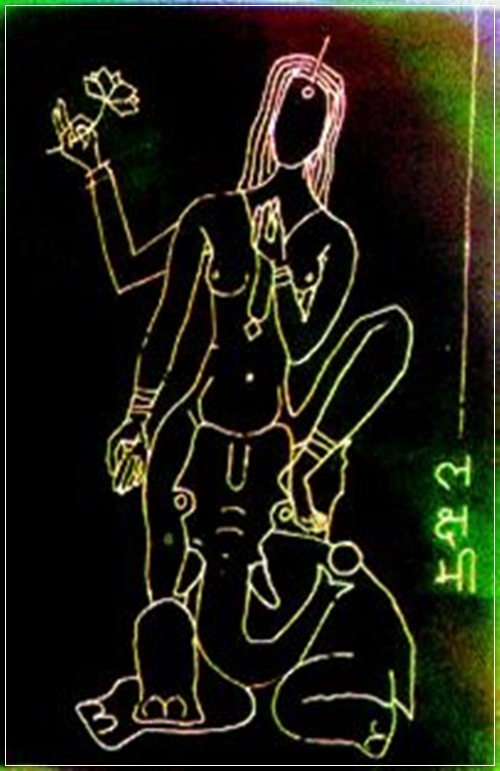