I will be describing my experience of Top Beer Festivals across the Globe. A few days back I had participated in the wonderful Oktoberfest in Munich. After three days of continuous drinking, singing German songs in spite of not understanding them and finding myself encircled by beautiful German women wearing their native attire, I was completely overjoyed. Oktoberfest which is celebrated in Bavaria is merely one of the numerous events dedicated to celebrating lager in all forms. If you have missed it, do not despair. Simply pick one from these top events.

Top Beer Festivals across the Globe

Blumenau’s Beer Fest, Brazil: Celebrated in Santa Catarina is an event based on the Bavarian style that is set in South America. This event began as a charity for raising money for flood victims of the area in 1983. The German style of celebration may seem to be a coincidence, but is in fact due to this being an erstwhile German colony. Ranking right behind the one in Munich, this event also features music from an Oompah banc and dancing to Salsa music, all this while drenched in the golden sunlight.

Great American Beer Festival, Denver: If you happen to be visiting Denver in the mid of October, then you should take a peek at the Queen City of the West’s Great American Beer Festival. With ales and lagers from almost 600 breweries from across the US, you will find plenty of choice. The gargantuan task of evaluating and pinpointing the best of the beers falls to the judges. An area is set aside for those who do not drink since they are the designated drivers. Soda, root beer and massage tables are provided for the non-drinkers.

PINT Bokbier Festival, Amsterdam: Able to hold your drink? If yes, then you should evaluate your capacity at this event in Amsterdam. Not meant for people who cannot handle their drinks, this event is scheduled in late October. Reveling in the common and preferred bokbier from Amsterdam with a alcohol content of 6-9%, it remains a popular fest. For variety you can also try the Dutch, Belgium and German version for an equally heady experience. 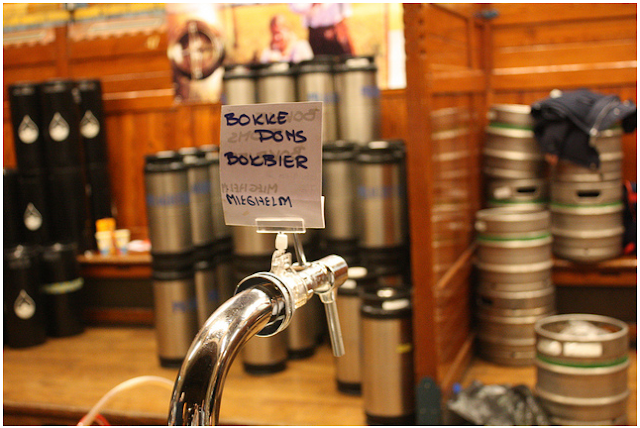 Kitchener-Waterloo Oktoberfest, Canada: A humungous fest held in Ontario, Canada, this event involves a continuous round of drinking. This takes place in the 7 days leading up to the Thanksgiving holidays, towards the end of October. You can enjoy plenty of beer, light flapjacks to soak up the drink along with a big parade which is televised across the entire county. A spoof parade called DOGtoberfest, with owners displaying their dogs also runs parallel to the main celebrations.

Freimakrkt, Bremen: This is probably one of the longest running beer based celebrations; its origins can be traced back to 1035. Celebrated in Germany’s Bremen, the party atmosphere of this event is incredible even after such a long time. A Country fair like atmosphere combined with many adventurous rides and plenty of beer mark the celebrations in this pretty Seaside town.