One will not be completely wrong in saying that most art is all about perspective. This is because often the work of art that we see in front of us is something that is presented from the artist’s perspective. Whether it is sensational and soothing scenic road photography or a painting that has a new angle. If you are having difficulty wrapping your head around this concept, then you should look at amazing silhouettes art for inspiration. Or for another perspective (pardon the pun), looking at surprisingly genius negative space art examples. But here we are talking about perspective from the purely technical point of view, which is also something that you have to grasp in order to become a good artist.

A good artist would try to learn about all the points of view and what they are called so that they can discuss these well when asked about them. And these perspectives are also very important when you are looking at the more practical works of art like architecture, but it also comes in handy when you are trying to teach the basics of art to a budding artist. That is why, we feel that you need to understand what each type of perspectives entail to ensure that what you think is also translated in the way you talk about them.

That is why we are going to explain about perspective drawings in this article:

Horizon line: This would be the line that is at eye level making the sky and earth meet or at least seem to dos. This perspective comes in handy when portraying space in a sketch.

Vanishing point: This is the point where all the lines that are parallel seem to converge and then vanish apparently – think in terms of railway tracks to understand what we mean. 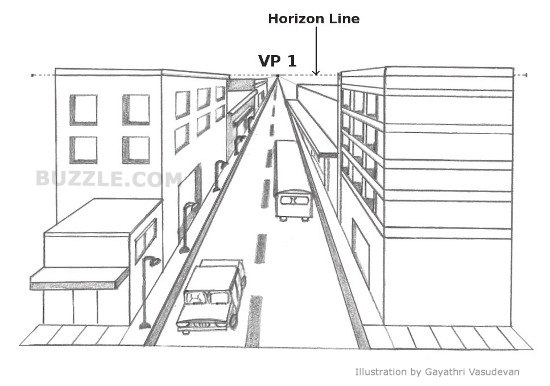 A perspective with a single point: This shows a scene where the objects in the drawing are big at the beginning and seem to become recede as they move away. Think in terms of a corridor. 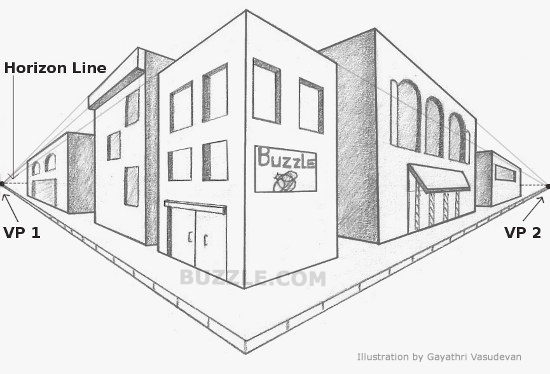 A perspective with two points: Just imagine standing at the point where two roads go in two different directions. So this will be big in the center and smaller in the sides.

A perspective with three points: This represents the drawing as seen by artist from below the structure or from really high above to show an exaggerated version of the structure being shown. Depending on artist’s view the drawing will shrink or expand. 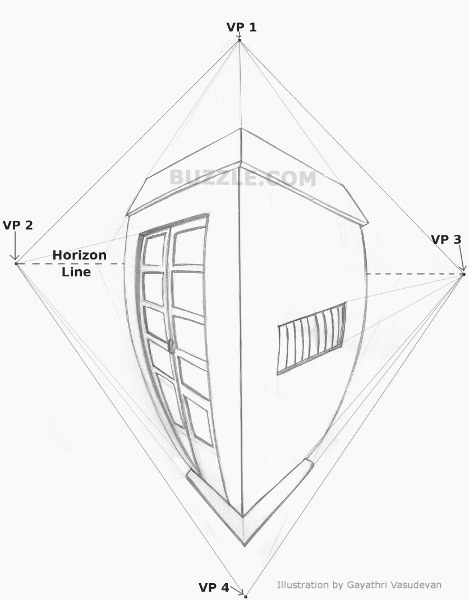 A perspective with four points: This makes the drawing look like the reflection on one of those curved mirror. Therefore, it would be broad in the center and receding at the top, bottom and sides. 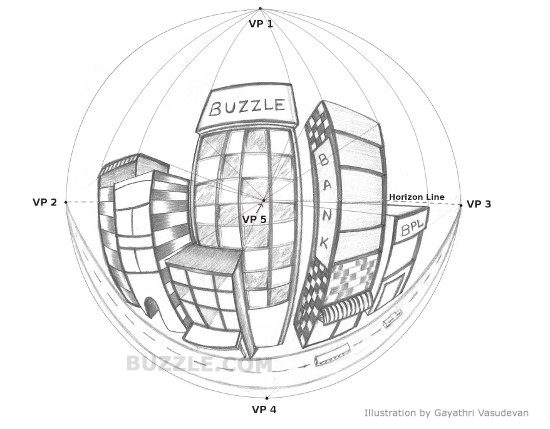 A perspective with five points: This would be easier to explain as a collection of five one point perspectives put together. This perspective offers a one hundred and eighty degree angle to put it in an easier to understand way.

A perspective with six points: If you can imagine having a three hundred sixty view, then this is the perspective to go with.