When it comes to drawing the sweet and playful creatures that are part of our world, we often struggle a bit because while they seem simple enough, we are lost on how to start drawing. Often, the creative process of drawing wants to add its own touch and this only works better when you have the basics right, which is why many artists are asked to go through some training to learn the basics so that they can move on to the more fancy and complicated stuff. In fact, we would say that you master simple drawing of the outlines of various creatures before moving on to stuff like bewitching and beautiful black ink drawings to bedazzle you before moving on to color stuff. You can also take a look at charcoal drawing techniques for beginners in terms of drawing the squirrel before you go on to bigger works of art. 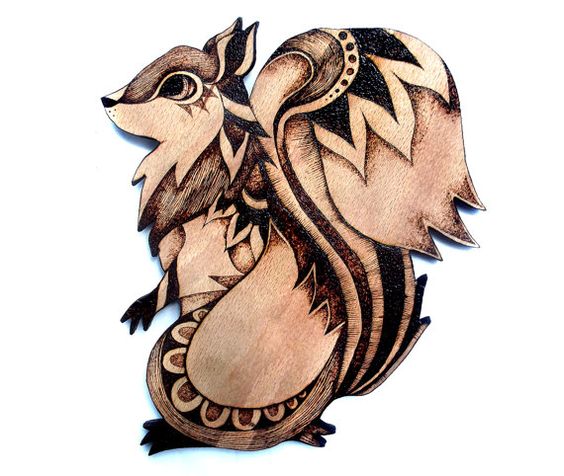 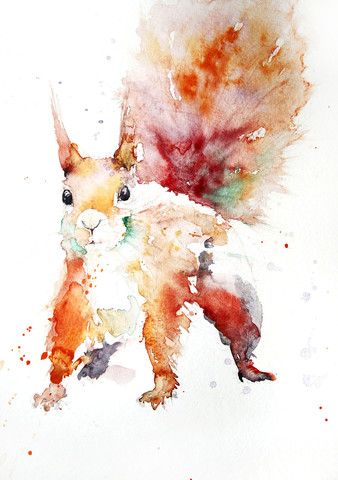 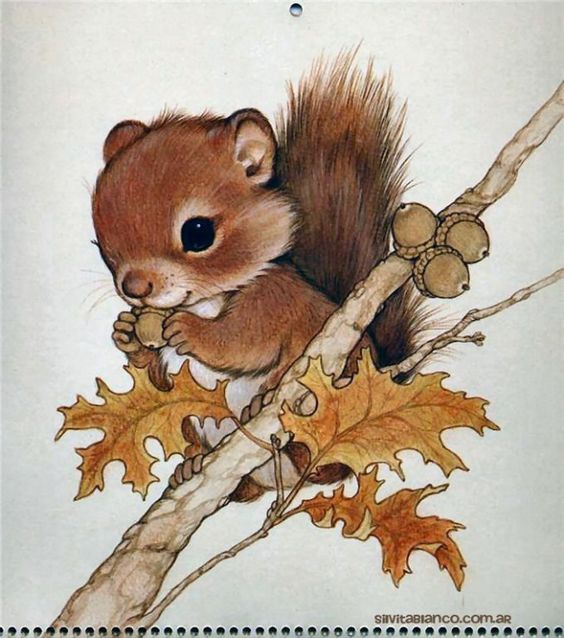 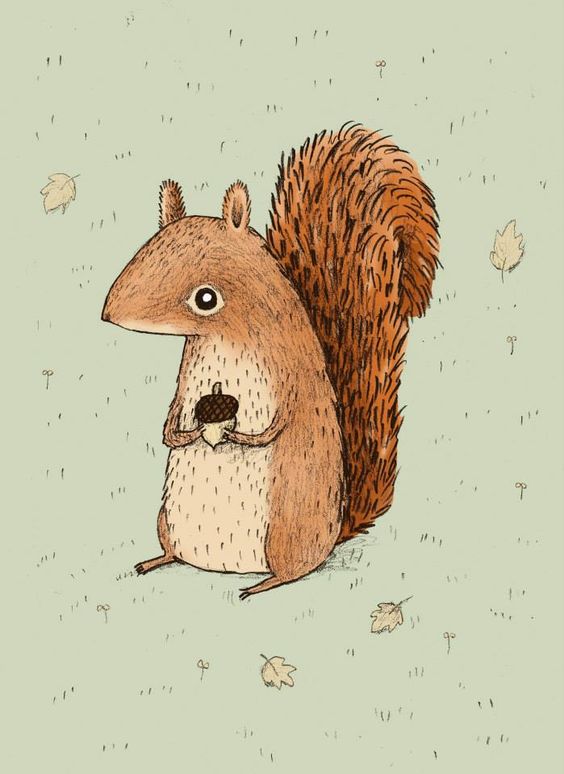 Of course, we have to tell you that charcoal drawings and the raw and primitive feel they give out is not something that would appeal to all and you should stick to pencils if that is the case. We also suggest that you look at pencil drawing techniques with examples to understand when you need to use techniques like hatching, cross hatching, scumbling and so on to get the look right.

Here is how you go about getting started on squirrel art: 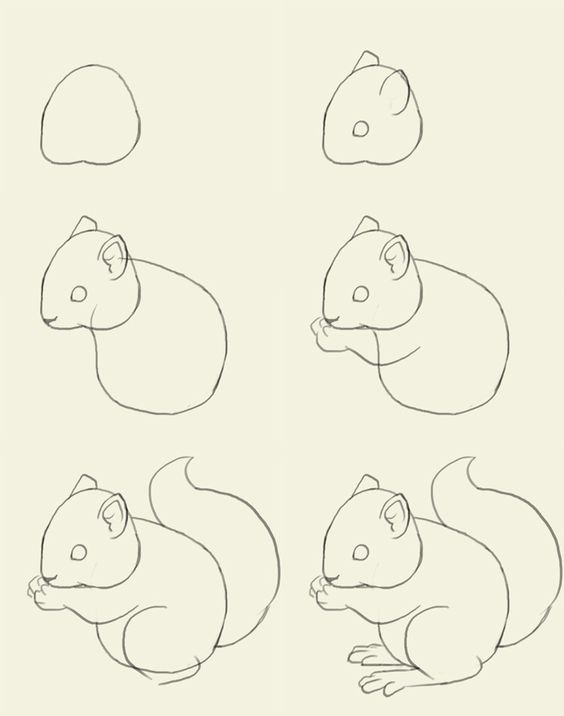 Start with the head: The head of the squirrel is marked by its cute bulging cheeks and pointed nose and mouth area. You can draw this by drawing a triangle that has very soft and rounded angles. This has to be slightly tilted and the bottom has to have a gentle dent in the middle. Ensure that the triangle has rounded corners for the right look. Then draw the ears; these too are not too sharp but not as rounded as the face shape. The ear that will be visible needs to be seen fully and the other side only as an outline. 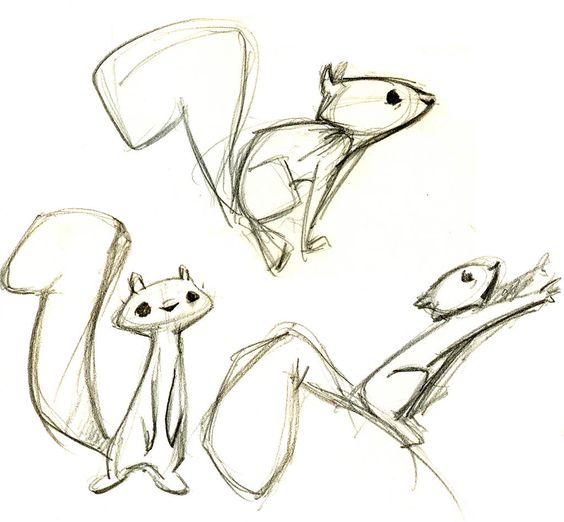 Draw the body now: The body of the squirrel has a plump feel to it. If you want a shape for comparison, then go for a tilted fig shape the pointed top of which needs to be hidden at the place where the head joins the body. The fig also has to be bent a bit as in curve inwards. 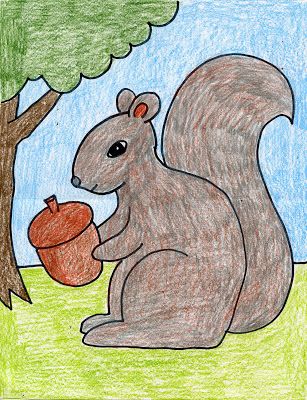 The back paws: These are to be drawn as a reverse Cs with the paws extending from the body portion of the squirrel. Again, take the perspective into consideration while drawing it. Give the paws a few toes to make it more realistic. 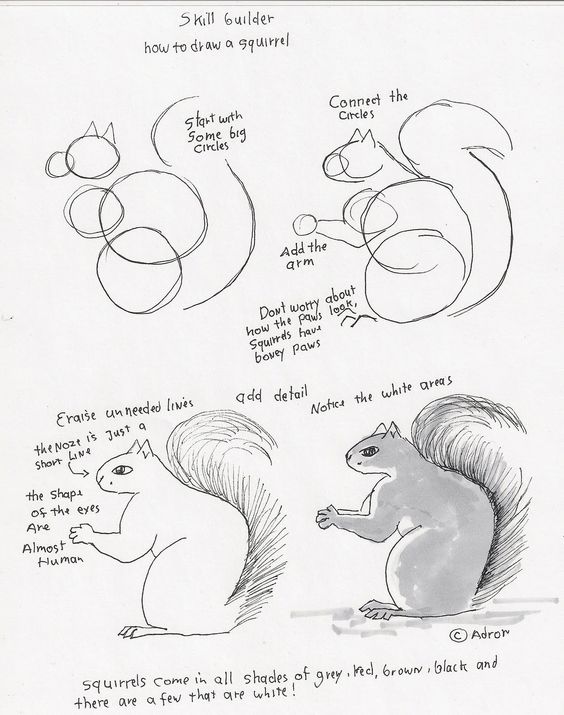 Then comes the tail: The tail of the squirrel is distinctive and generally adds to the cute look of the animal. This has to be bushy and upheld when the squirrel is shown as bending forward to nibble at a nut as we are trying to teach you to draw in this article. 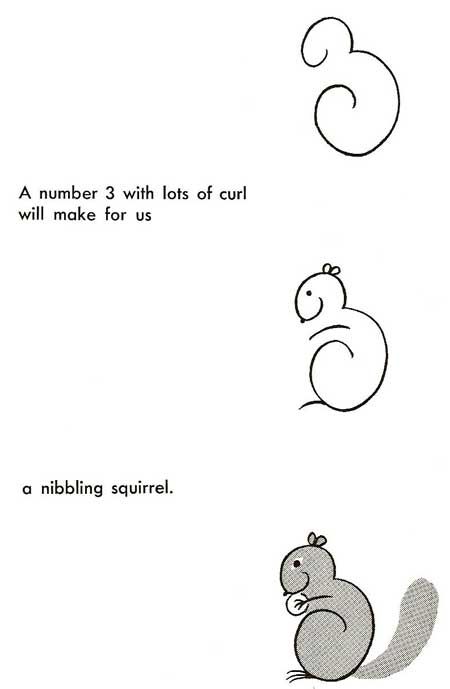 Fill in the details: Now that you have the outline of the squirrel leaning forward to cutely nibble something that it is holding in both its front paws, it is time to draw the details. For instance, drawing the eyes and the mouth, the textural look of its fur can start. 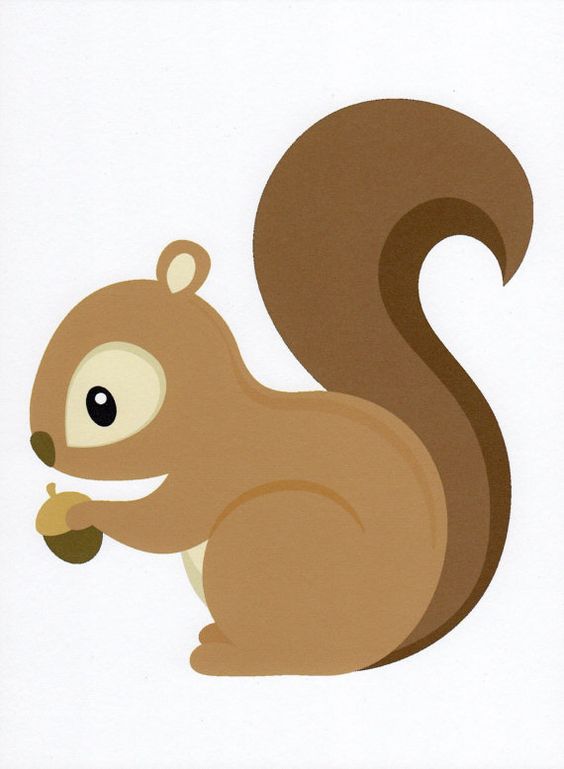 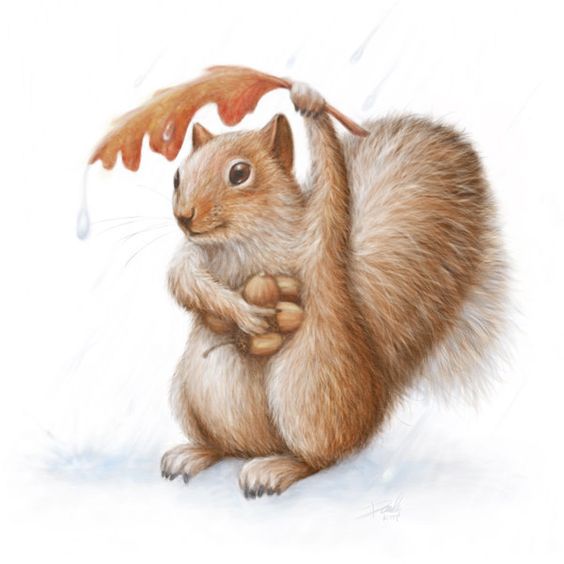 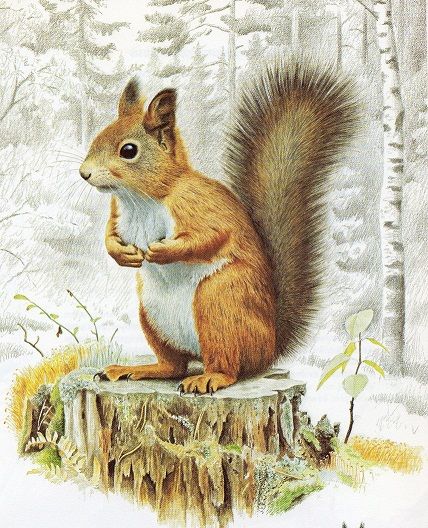 Please note that what we have talked about here is just the outline of the squirrel and that too one pose. But doing this exercise will help you draw the same creature in other poses. You may have to sit and observe the body language and the movements of the squirrel in order to draw it well. We also give you some more squirrel art to help you explore more options.