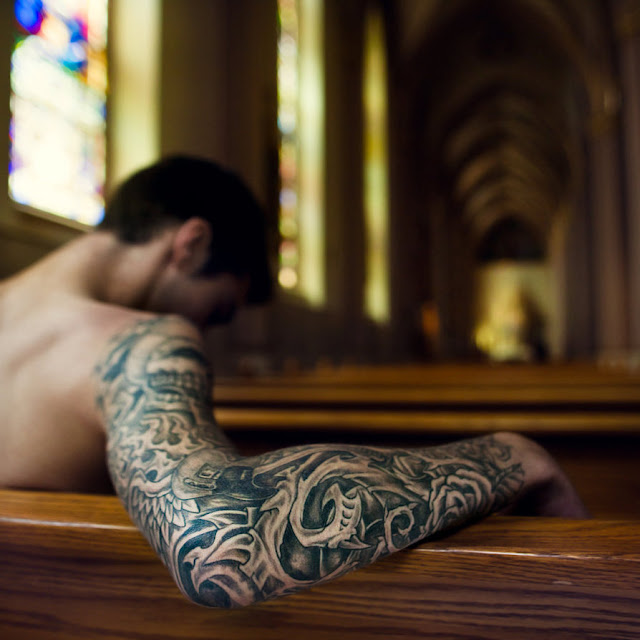 Tattoo Removal Methods: Many a times, people who have a tattoo put on their skin, wish to have it removed. Over the years tattoo removal has been done using various methods. Though tattoos are meant to be permanent, there are some ways you can have them removed, if not fully then at least partially.

To at a large extent Lasers are used to remove tattoos. They break down the ink in the tattoo. This ink is then absorbed by your body and the tattoo eventually fades away, duplicating the process of fading that time or sun exposure causes. The pigments used in tattooing have a particular light absorption spectra. To effectively remove a tattoo, the laser used for this purpose needs to be able to throw out the right energy within the absorption spectrum of the pigment. Certain colors are little more difficult to remove as they have an absorption spectra beyond that of the laser. These include yellow, greens and fluorescent colors. Blacks and blues are relatively easy to remove.

Lasers to remove tattoos are acknowledged as the gold standard and require repeat visits for the treatment to be completed. The latest Q-switched lasers are recommended by the National Institutes of Health as they minimize the appearance of scars and marks. It can be used only after a topical anesthetic has been given. It is but natural that areas that have relatively thinner skin layers are more likely to scar. Different Q-switched lasers are effective at removing a different range of color spectrum. After 2006, lasers capable of delivering multiple wavelengths have been developed to effectively treat broader range of tattoo pigments. These have proven to be more efficient than the earlier ones.

A survey of the R20 by the American Academy of Dermatology showed that 4 passes with the laser given at intervals of 20 minutes resulted in better breaking up of the pigment than the usual methods. This small study conducted in Greece also highlighted better results, the reduction of scarring or any other ill effects by using this method over more conventional procedures. Since it was a limited study with the use of the weakest of the QS lasers, the 755nm Alexandrite laser, there could be no decisive conclusions. However many experts advise against the powerful tattoo R20 removal methods used by skin doctors

The amount of energy (flounce/joules/jcm2) is calculated before each treatment along with spot size and treatment speed (Hz/hertz). To reduce pain the favored procedure is to cool the area along with treatment using a medical-grade chiller/cooler and to administer a topical anesthetic. While the process is going on, the laser beam passes easily through the skin, focusing directly on the ink lodged in a liquid state underneath. While sometimes you may get instant results, in most instances the fading happens over the 7–8 week period, in the interval from one treatment to another.

Even though laser treatment is known as one of the best methods to remove tattoos, there could be some side effects. These include the fading of the skin such as hypopigmentation (white spots, more common in darker skin) and hyperpigmentation (dark spots) as well as changes in the texture of skin. In some rare instances, there may be scarring as a result of burns, but this could be attributed to poor post-treatment care. Sometimes treatment may contrarily darken the tattoo, usually seen with flesh tones, pink and cosmetic make-up tattoos

Many tattoo pigments do contain harmful metal that may break down into toxin and enter the body when exposed to illumination. However this has occurred only in test cases and has not been reported in real life. The procedure of removing traumatic tattoos could turn out to be a complex process, based on the composition of the dye used. It has been reported in one case where the laser managed to set fire to the embedded components.